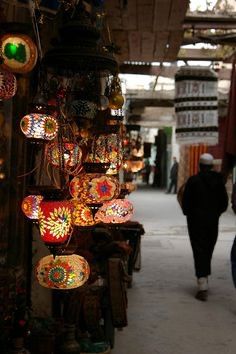 In 1972, Lizzie Gold was a jewish kid from the Midwest, destined to take Broadway by storm.  At least that's how it played out in her head.  In real life, she took a detour to Beirut, for some reason, and sang in nightclubs.

The kind of clubs where naked women might writhe on a giant cardboard head of Buddha. Or shimmy under an old, drugged lion who sleeps through the whole thing.

Outside the clubs, bombs were going off. She was in a gunfight once! But it never occurred to her that she was in any real danger. She was singing!  She was La Chanteuse Americaine! One step closer to Broadway!!

Looking back, one has to ask: What was Lizzie thinking? And as far as anyone can tell: Nothing. She wasn’t thinking a damn thing. She was 22. Ambitious, talented, and utterly naïve, with a remarkably fluid boundary between the “real” world and the movie version in her mind.

Because Beirut was fabulous. The Paris of the Middle East. Turbans and mini-skirts. Pink Flamingo Neon and Turkish Blue tile. Cathedrals and casinos, strip joints and Mosques. Rivers of gold flowed through town on the way from Saudi Arabia to London and New York. It was a playground for the wealthy and a magnet for hunters of fortune.

At the same time, its strategic location – stretched along the Mediterranean’s eastern edge, made Lebanon an ideal haven for Palestinian refugees. Which made it an ideal target for Israeli retribution.

Tensions rose, as did eruptions of violence. Lizzie didn’t really notice, though. And neither did her backup dancers. They were just six American girls on an adventure; dancing and singing and falling in love.

Until, you know, people started getting killed.